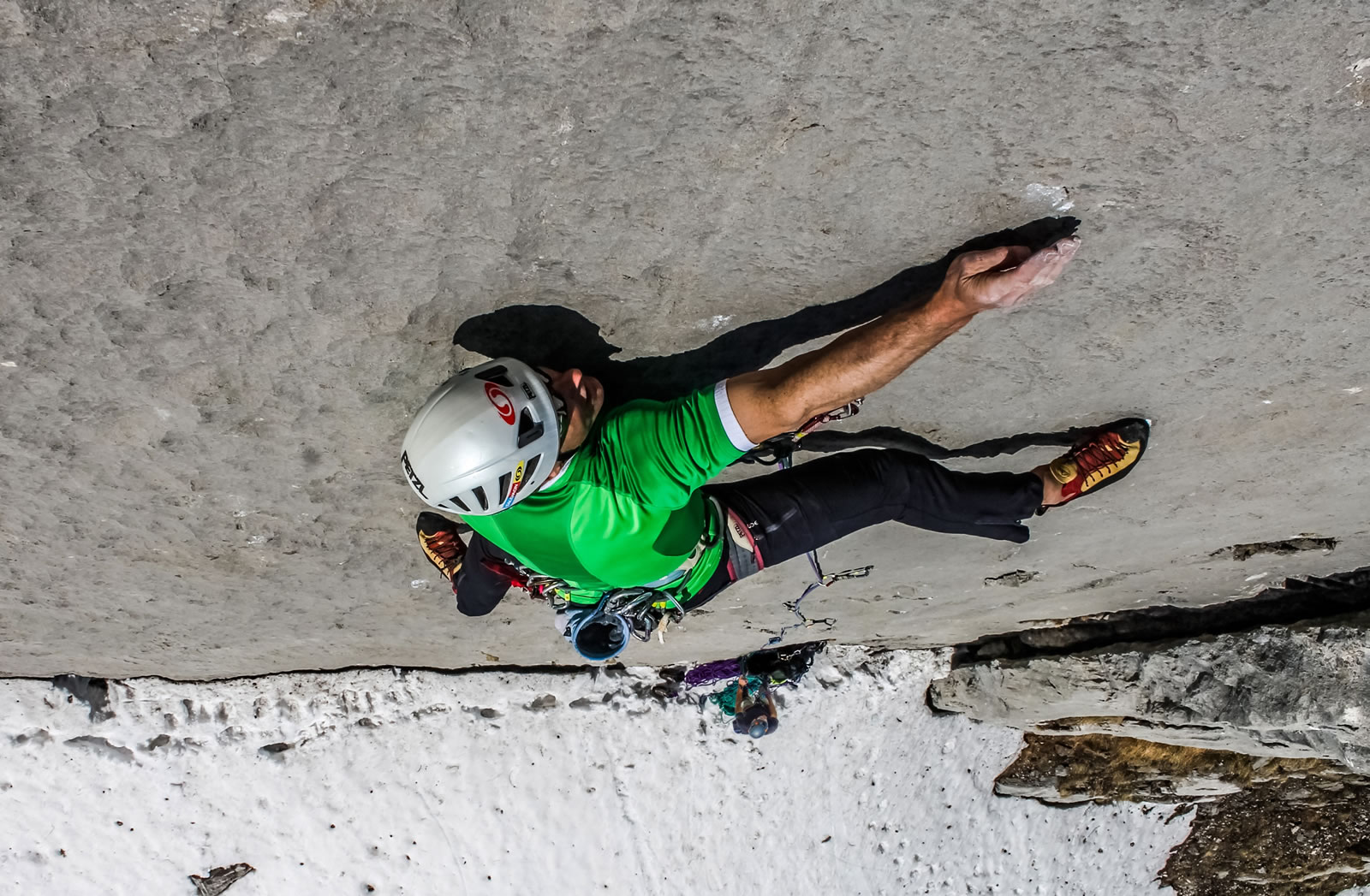 Mont Blanc : The continuous stonefall in the Goûter Couloir has led the guides to stop using this route and to issue a strong warning against using the normal route via the Goûter. Furthermore, the Goûter hut is now closed until conditions improve. In brief, this route is no longer feasible!

The Three Monts route is also in difficult condition but still possible for experienced alpinists, The section on Mont Maudit leading towards the Col du Brenva, has bare ice and part of the traverse is very exposed.

Traverse of the Bionnassay : The conditions are still OK, though depend on how much re-freezing is taking place. The problem is the descent, as via the Goûter is not recommended. Descending via the Cosmiques is the preferred option.

Conscrits Sector: Over the last days the conditions have rapidly deteriorated and the traverse of the Dômes de Miage has become much more difficult; the Tré la Tête glacier is very crevassed, the ridge has much more pointed and a crevasse has opened near the 2nd dome. It is best to forget the other routes in the area, with the exception of the Aig de la Bérangère.

Aiguille du Midi Sector : The Triangle du Tacul is out of condition.
Regular stonefall has been reported in the region of the abseil on the Pointes Lachenal traverse (not recommended). The bergschrunds on the approaches to the rock routes in this sector are opening, but for the most part are still passable.
There are numerous crevasses and doubtful snow bridges on the traverse of the Vallée Blanche: to get to the Grand Capucin area, it is best the come in from the Torino.

Torino Sector : Routes are being done in this sector, though conditions here are also deteriorating. SE Ridge of the Tour Ronde, Traverses of the Aiguilles d’Entrêves and the Marbrées are still being done, as well as the Dent du Géant. The access to the Dent du Geant is very bare of snow, beware of stonefall. The Rochefort Arete is in bad condition and is not recommended.
The crevasses in this area are opening and good ropework is necessary
The Kuffner was climbed on 15/07, but very dry.

Couvercle Sector : Only the rock routes are feasible; The Moine, the Nonne and the Evèque are being climbed regularly, as well as the Moine Ridge on the Verte.
Grands Montets ridge is also being climbed, with the descent via Moine Ridge.

Leschaux Sector : The Annouk and Contamine routes on the Petites Jorasses have been done recently, though the approach to the Contamine may now no longer be possible.
Grandes Jorasses: Tronchey Ridge from the Jacchia bivouac: OK – Groucho Marx route from the Gervasutti bivouac: glacier approach OK – stonefall on the route.
Walker Spur: a lot of stonefall these last days.

Envers des Aiguilles Sector : All the “classics” are being climbed, though day by day the approaches are becoming more awkward. The Aiguille des Ciseaux is no longer feasible. The descent of Nantillons is complicated and subject to frequent stonefall..

Charpoua Sector : Not much change: the traverse of the Drus remains popular, as well as the Contamine on the Evèque.

Argentière Sector: The route up the Petite Aiguille Verte is mainly bare ice (not recommended for beginners). Take care when descending the Rognon glacier, particularly at the bergschrund.
The Glacier du Milieu is very crevassed and may only be possible in descent.

Albert 1er Sector: Not much change since the last report: The bergschrund at the Aiguille du Tour is becoming more delicate.

Grands Paradis Sector : The normal route from the Victor Emmanuel has sections of bare ice, so good cramponning